Sue in the Bar

When my husband Warren and I married and began to consolidate our households, concessions were made on both sides. I learned to live with race cars, and he learned to coexist with cats. There was however, one issue on which he would not yield. “Sue stays.”

Enter Jack Spiegelman, my husband’s long-time friend and creator of Sue—a cigarette smoking, shot-shooting, flame-haired beauty. Over the years, Jack has crafted several interpretations of his friend Sue. The painting shown here is much more vibrant than the one currently hanging in our home, but it’s a pretty close match.

We realize Sue doesn’t look like a painting you’d expect to find in a dining room, but somehow it works. She’s part of the family.

For my husband Warren’s birthday, I asked Jack to paint a portrait with no restrictions whatsoever on color, size, or medium. We’re both fans of Jack’s work and were happy to give him carte blanche on the assignment, curious to see what he’d come up with.

So Jack came to the house and spent about an hour visiting and taking pictures of Warren in the backyard holding his upright bass. A few weeks later, Jack’s custom oil-on-canvas masterpiece was complete.

Because of the square size (24 by 24″) the artwork works perfectly as an avatar and has since become Warren’s identity on MySpace, Facebook, IMDb, and his other social networking sites. The original canvas hangs in our living room.

Interview with an Interesting Person (Excerpt)
by Tyler Colville

Jack Spiegelman curses at the wind as it blows another one of his paintings face down onto the ground. He is standing behind a table that is covered with his artwork, squinting into the wind as curious customers browse his stuff at the Montrose Farmer’s Market. His eyes are dark and his brow is furrowed. There’s a constant look of judgment on his face. He says, “This f***ing wind!”

Spiegelman graduated from the University of California at Berkeley with a degree in English. He says, “I’m a writer that paints.” He has been painting for 15 years on and off, and says that he has only really gotten busy with it the past four or five years. Spiegelman grew up in Buffalo, New York and now lives in Southern California where he writes, paints, and teaches ESL classes part-time for three hours a day. He has been a cab driver in San Francisco, worked in the advertising business, and been in construction.

Spiegelman eyes a man with a camera around his neck who is flipping through his smaller prints that are in a box on the table. The man finally notices Spiegelman looking at him and asks, “These by you?” Which he answers with a short, “Yeah.” Either he’s not trying to sell his work, or he thinks this guy isn’t worth the effort. Either way, the cameraman takes off muttering, “They’re nice” to himself.

Self Portraits by Artist Jack Spiegelman

Why I Read the Obits (Excerpt)
by Jack Spiegelman

I live in Los Angeles. I have a morning routine that begins with breakfast at the Farmers Market and here I read the paper–the Times. That’s the routine. The paper doesn’t take long. I no longer concern myself with world or national affairs–or the business page either because all my stocks are in the toilet.

That leaves sports and the entertainment page. I saw my last movie 7 years ago. The movie was “Heat” with deNiro and Al Pacino. I sat watching the film and one scene followed another and one character spoke to another and one exploding car followed another exploding car and there was something about it all that left me in a state of zero suspense. I had seen this movie before. I had seen it 50 times. I left the theater and said to myself: no more movies–for $7.50. I declared a moratorium. Now it’s seven years later, the tickets are $10.50 and the moratorium remains in place.

Thank god for sports–and stories about people like Julio Ortiz, pitcher for the Cubs, who went 8-11 last year with an ERA of 5.34 and has rejected the clubs latest offer, a 3 year contract for 1.9 mil per. Ortiz wants a 5 year contract for 3.2 mil per. He has filed for arbitration.

I finish the paper and that is the cue for an old woman who sits nearby to shuffle over and ask to borrow the Metro section. She says: “I like to read the obituaries.” She says this every day and every day I say, shoving the paper over: “take the whole thing.” It’s part of the routine. 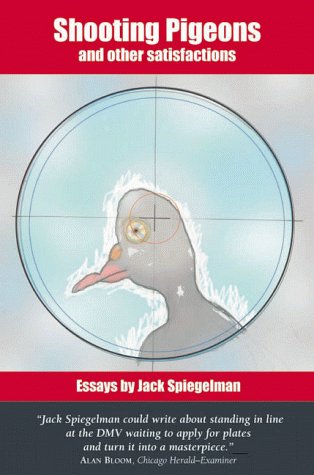 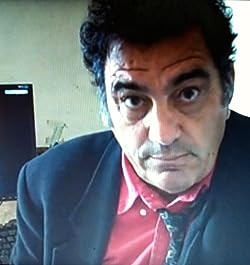 The World According to Jack

It’s Buffalo, not Beeflow
The World According to Jack Spiegelman

When Jack Spiegelman tossed around the idea of posting videos on his popular website bflowriter.com, a cousin warned him that the average maximum attention span of a typical web page viewer was just two-and-a-half minutes.

With that in mind, Jack launched “The World According to Jack,” a series of short videos designed to entertain his audience in two-and-a-half-minute increments. In the series debut, Jack provides instruction on the proper pronunciation of bflowriter.com—it’s Buffalo Writer dot com, not Beefalo Writer dot com, or Beeflow Writer dot com.

Subsequent videos will feature readings from some of Jack’s essays, many of which are posted on his website. Jack’s “interview” with Charlie Rose is also included (never mind that Mr. Rose was unavailable). Not a problem. Jack does a great job interviewing himself. Welcome to Jack’s world. 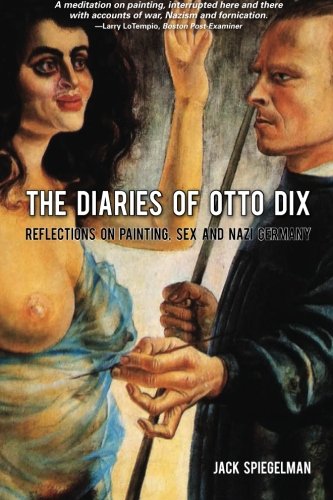 The Diaries of Otto Dix: Reflections on Painting, Sex, and Nazi Germany 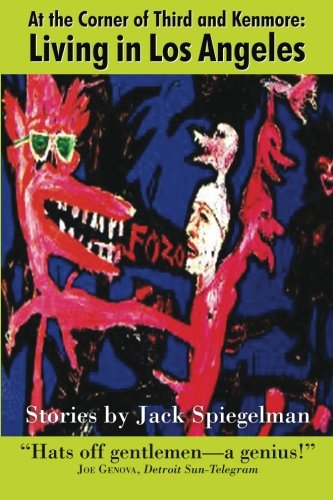 At the Corner of Third and Kenmore: Living in Los Angeles